There were some 80's bands that were never really given the attention they deserved.
PRESENTING PREFAB SPROUT

Prefab Sprout are an alternative English pop rock band from Witton Gilbert, County Durham, England who rose to fame during the 1980s. Eight of their albums have reached the Top 40 in the UK Albums Chart, and one of their singles, "The King of Rock 'n' Roll", peaked at number seven in the UK Singles Chart.[1] The band formed in 1978 in Newcastle.
Prefab Sprout had minimal chart success in the United States. Their 1985 album Steve McQueen was released in the US with the title Two Wheels Good and peaked at number 180 in the Billboard 200. Frontman Paddy McAloon has been hailed as one of the greater songwriters of his era. 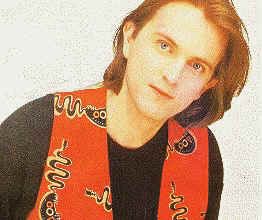 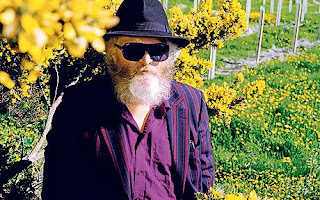 Prefab Sprout debuted in 1982 with their self-released single, "Lions In My Own Garden: Exit Someone" - songwriter Paddy McAloon wanted a song title where the first letters of the words spelled out Limoges, the French city where his former girlfriend was staying at the time. Music journalist Stuart Maconie, described the track as "enigmatic, melancholy, tuneful and therefore perfect for a jobless literature graduate with girlfriend problems". Their debut album,Swoon, was released on the Kitchenware label in March 1984. The following album, the Thomas Dolby-produced Steve McQueen, (released in America asTwo Wheels Good after McQueen's estate expressed their displeasure with the title) was highly praised by critics. Their Protest Songs album was recorded next, but was not released until 1989. It included the song "Life of Surprises", which later became the title track for their greatest hits compilation album.
Their biggest commercial success in the UK came with the 1988 single "The King of Rock 'N' Roll", taken from the album From Langley Park to Memphis. It reached #7 in the UK Singles Chart, their only single to reach the Top 10. From Langley Park to Memphis included guest appearances from Stevie Wonder and Pete Townshend. 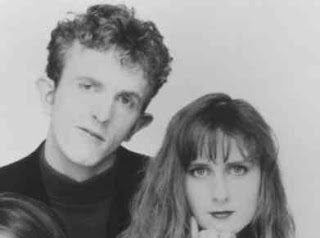 Martin McAloon and Wendy Smith Then
and Martin Now 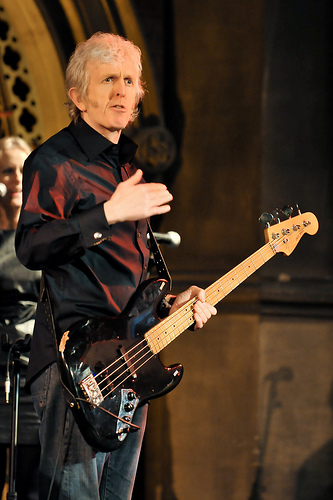 In 1990, Jordan: The Comeback, again produced by Thomas Dolby, was nominated for a BRIT Award. Though the music was more accessible than their earlier material, the lyrics and subject matter remained characteristically oblique and suggestive (McAloon has often cited Stephen Sondheim as an influence). McAloon has alluded in interviews to several albums-worth of songs that he has written but are unreleased/unrecorded including amongst others, concept albums based on the life of Michael Jackson (Behind the Veil), the history of the world (Earth: The Story So Far) and (Zorro the Fox) about a fictional superhero.
Their greatest hits, A Life of Surprises - The Best of Prefab Sprout, gave them their biggest US hit, "If You Don't Love Me", which spent several weeks in the Top 10 on the dance chart. McAloon joked in the album liner notes about the band's lack of touring over the past decade.
Prefab Sprout released Andromeda Heights in the UK in 1997 and embarked on a short UK tour in 2000. This tour, and the subsequent album, did not feature Wendy Smith, who by this time had reportedly left the band. A double album anthology, the 38 Carat Collection was released by CBS in 1999 as the group was leaving the record label. Unexpectedly, the group's US label, Epic, belatedly reissued this set as The Collection in early 2001. Smith left the group during this period, after the birth of her first child. 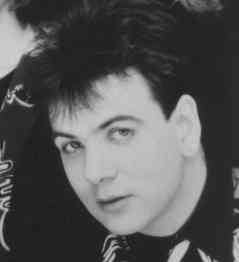 Neil Conti Then
and Now 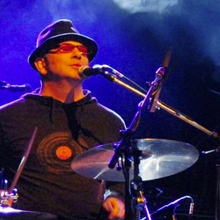 In 2001 the band released The Gunman and Other Stories a concept album themed on the American Wild West. The opening track "Cowboy Dreams" was a hit for the British actor-singer Jimmy Nail. Though critically acclaimed, neither enjoyed major commercial success.


After being diagnosed with a medical disorder that seriously impaired his vision, Paddy McAloon released the album I Trawl The Megahertz under his own name in 2003 on the EMI Liberty label. As of 2006, McAloon had suffered another setback: his hearing had deteriorated, reportedly due to Ménière's disease. In early 2007 a remastered Steve McQueen was released in a two-CD package, containing new versions of eight of the songs from the original album, in radically different arrangements performed by McAloon on acoustic guitar.

Prefab Sprout's first album of new material since 2001, Let's Change the World with Music, was released on 7 September 2009. Reviews in the UK press were favourable (e.g. 5/5 in The Times, 4/5 inThe Guardian, 4/5 in Record Collector). The release was also accompanied by a few interviews (e.g. Mojo).