From the official Oh Land website...
“What does it sound like? What does it smell like? What does it look like?  How does it feel?  I always ask myself these questions when I’m writing,” says singer and producer Nanna Øland Fabricius.  “I think that Oh Land has a unique landscape all on its own.  I strive to make the possibilities endless and to have all the senses collide in to a language on their own.”

Nanna Øland Fabricius (born 2 May 1985), better known by her stage name Oh Land, is a Danishsinger-songwriter and record producer. She is currently living in Brooklyn, New York City. 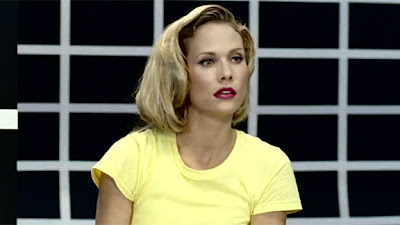 Oh Land was born in Copenhagen, the daughter of Bendt Fabricius, an organist, and Bodil Øland, an opera singer.  She is the great-great-grandchild of missionary and ethnographer Otto Fabricius, who published Fauna Groenlandica in 1780, the first zoological observations of Greenland.  She is a former student of the Royal Danish and Royal Swedish Ballet schools.  However, an injury caused by a slipped disc and spinal fracture put an end to her dancing career, which eventually led her to start making music.  Oh Land has a small dog named Ujan that travels with her sometimes.  She has been living in the Brooklyn neighbourhood of Williamsburg since January 2010. 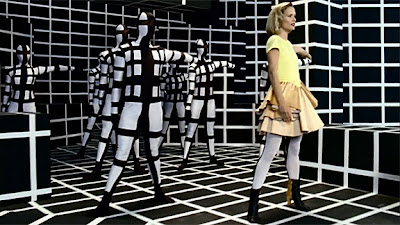 Oh Land's debut album, Fauna, was released in her native Denmark on 10 November 2008 by Danish independent label Fake Diamond Records.  For her eponymous follow-up album, she worked with producers Dan Carey, Dave McCracken, Lester Mendez and Alexis Smith.  The album was released on 14 March 2011 and peaked at number five on the Danish Albums Chart.  It also served as her debut in the United States, where it was released on 15 March 2011 by Epic Records, reaching number 184 on the Billboard 200 chart.  An EP with the same name was previously released on 19 October 2010, containing four tracks from the full-length album.  On 7 April 2011, she was given the Brink of Fame: Music Artist award at the 2011 NewNowNext Awards.
Oh Land made her US television debut performing "Sun of a Gun" on Late Show with David Letterman on 2 March 2011.  She also performed it on Jimmy Kimmel Live! on 24 March 2011 and on The Late Late Show with Craig Ferguson on 25 May.  Oh Land toured North America as the supporting act for Orchestral Manoeuvres in the Dark in March 2011, and will support Sia on North American dates of her We Are Born tour in July and August 2011.  She is also due to open for Katy Perry on select US dates of her California Dreams Tour in August 2011, and will later join Perry again in October and November on the tour's second leg in the UK and Ireland. 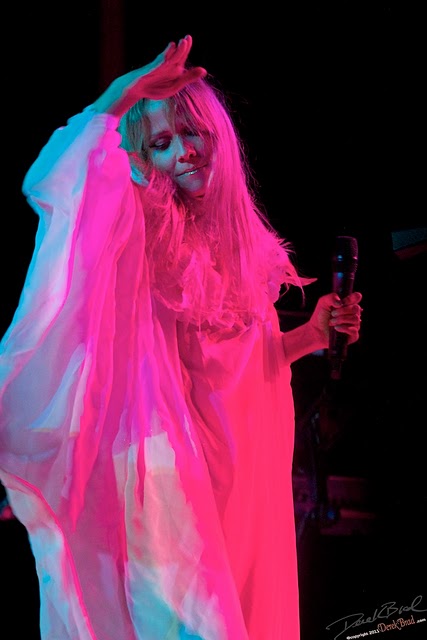 As an actress, Oh Land had a supporting role as Sara in the 2007 Danish psychological drama film Hvid nat.
Posted by Unknown at 12:01 AM