You Must Be Joking!

Here are some jokes that might liven up your Monday morning if you can remember them until then. 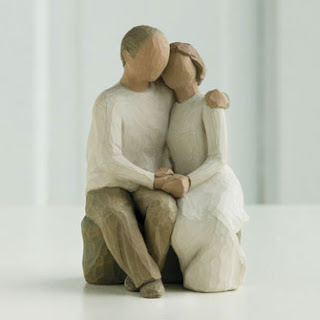 Bob was in trouble. He forgot his wedding anniversary. His wife was
really pissed.

She told him "Tomorrow morning, I expect to find a gift in the
driveway that goes from 0 to 200 in 6 seconds AND IT BETTER BE THERE !!"

The next morning he got up early and left for work. When his wife woke
up, she looked out the window and sure enough there was a box
gift-wrapped in the middle of the driveway.

Confused, the wife put on her robe and ran out to the driveway, brought
the box back in the house.

She opened it and found a brand new bathroom scale.

A man escapes from prison where he has been for 15 years. He breaks into a house to look for money and guns and finds a young couple in bed.

He orders the guy out of bed and ties him to a chair, while tying the girl to the bed he gets on top of her, kisses her neck, then gets up and goes into the bathroom. While he's in there, the husband tells his wife:

"Listen, this guy's an escaped convict, look at his clothes! He probably spent lots of time in jail and hasn't seen a woman in years. I saw how he kissed your neck." If he wants sex, don't resist, don't complain, do whatever he tells you. Satisfy him no matter how much he nauseates you. This guy is probably very dangerous. If he gets angry, he'll kill us. Be strong, honey. I love you."
To which his wife responds: "He wasn't kissing my neck. He wwas whispering in my ear. He told me he was gay, thought you were cute, and asked me if we had any vaseline. I told him it was in the bathroom. Be strong honey. I love you too!!" 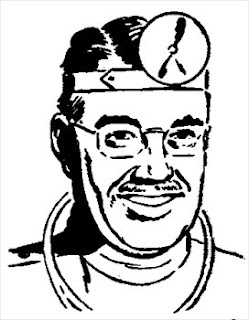 A doctor and a lawyer were talking at a party.

Their conversation was constantly interrupted by people describing their ailments and asking the doctor for free medical advice.

After an hour of this, the exasperated doctor asked the lawyer, "What do you do to stop people from asking you for legal advice when you're out of the office?"

"I give it to them," replied the lawyer, "and then I send them a bill."

The doctor was shocked, but agreed to give it a try.

The next day, still feeling slightly guilty, the doctor prepared the bills.

When he went to place them in his mailbox, he found a bill from the lawyer.
Posted by Unknown at 12:01 AM