Very Cool Music! - I Like This Sound A Lot!
Meiko (pronounced MEE-ko), is an American singer/songwriter, born and raised in Roberta, Georgia and currently residing in Los Angeles,California. She independently released a self-titled album on September 1, 2007. All of the tracks from the LP have been featured in major network TV shows.
Raised by her father in the small town of Roberta, Georgia, Meiko first stepped in front of an audience at the age of eight, singing “White Christmas” for parishioners of a Southern Baptistchurch. In the years that followed she performed everywhere from talent shows to Little League baseball parks. When she wasn't performing, she was practicing - spending countless hours singing into the family's clothes dryer. "Great acoustics," she insists. She soon developed an interest in writing songs and enlisted the help of her dad, who taught her how to play guitar on his old Gibson six-string. When she was thirteen, he bought her one of her own. A flood of songs followed. "As soon as I learned a new chord," she says, "I wrote a new song."
At eighteen, Meiko left her hometown to showcase her talents to a wider audience. After a brief stop in Miami, she set down in Los Angeles and began her career in earnest, playing venues all over Southern California and writing at a prolific pace. She performed (and bartended) at Hollywood's Hotel Café (where she still performs regularly).
In early 2007, Meiko performed at the Sundance Film Festival and caught the ear of Paste Magazine editor Josh Jackson, who declared her a "big success story" waiting to happen, predicting it was "only a matter of time" before she found her way onto Nic Harcourt's influential “Morning Becomes Eclectic” radio program on KCRW.
In September 2007, she toured nationally with Brett Dennen and in October, toured the U.S. as the opener for Mat Kearney.
In 2008, Meiko performed at the Sundance Film Festival and SXSW, and participated in the nationwide Hotel Café Tour, which also included Rachael Yamagata, Ingrid Michaelson, Cary Brothers, and Sara Bareilles. 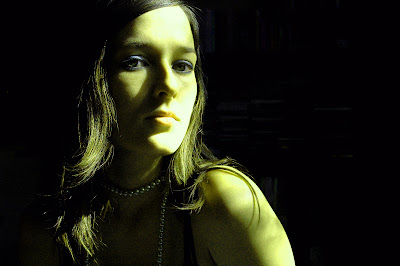 In June 2008 Meiko signed a recording deal with MySpace Records/DGC, who released her album in partnership with Lucky Ear Music (Meiko's own indie label). The Lucky Ear/MySpace/DGC release has been remixed, remastered and includes re-recorded versions and a new track, "Boys with Girlfriends". The digital album re-release was August 5, 2008.
Also in August, she toured the U.S. (three dates in Southern California) with Joe Purdy, Chris Seefried and Jay Nash.  In the fall of 2008, Meiko joined another Hotel Cafe Tour - this time around the trek featured an all-female lineup. Meiko was the only artist performing all dates of the tour. From February–March 2009, Meiko performed on a string of U.S. dates in support of Joshua Radin.  In May 2009, she embarked on her first-ever headlining U.S. tour.  In June 2009, Meiko hit the road with Eric Hutchinson, and in July 2009, she performed a string of shows in the UK before playing in the United States territory of Guam.  In October and November 2009 Meiko toured the U.S. with Jewel.
Meiko's album was digitally released in Australia on October 9, 2009 and reached #2 on the iTunes Australia Singer-Songwriter Albums chart. The album was physically released October 23, 2009.
After spending most of the first half of 2010 writing new material, Meiko entered the studio on September 6, 2010 with Belgian producerStyrofoam (Jimmy Eat World, Postal Service, Of Montreal) to begin recording songs for her second album.
Posted by Unknown at 12:07 AM