Spock's Beard is a progressive rock band formed in 1992 in Los Angeles by brothers Neal and Alan Morse. Neal played keyboards and was the lead vocalist, as well as being the primary songwriter before leaving the band in 2002 to pursue a solo career. Alan playselectric guitar. The pair teamed with fellow musicians Nick D'Virgilio (drums) and Dave Meros (bass) and released their debut album,The Light, in 1995. The quartet were later joined by veteran keyboardist Ryo Okumoto.
The band plays a brand of progressive rock with pop music leanings (drawing much influence from Genesis), as opposed to the metalfeel of Dream Theater. The band is also well known for their intricate multi-part vocal harmonies (such as those found on certainGentle Giant songs) and use of counterpoint on cuts such as "Gibberish", "Thoughts (Parts I and II)", "June", " A Guy Named Sid Pt.5: Sid's Boy Choir", and "Devil's Got My Throat."
Alan Morse came up with the name after a particularly wild party, where he remarked to his brother, Neal, "It's almost as if we were in an alternate universe, like that one episode of Star Trek where Spock had a beard ["Mirror, Mirror"]. Wouldn't that be a cool name for a band? Spock's Beard." Then, when it came time to choose a name for the band, Alan made a list of over 100 names and threw Spock's Beard on the end as a joke, and the band chose it.

In 2002, the band released the highly acclaimed double-CD concept album entitled Snow, which tells a story of an albino psychic who acquires a messianic following, who spiritually falls and loses the direction of his calling, then to be rescued with new chance to live in harmony. Many listeners and critics have noted the parallels between the storyline of Snow and Neal Morse's own highly-publicized conversion to Christianity.
Following the release of Snow, Neal Morse left the band for a solo career. Drummer Nick D'Virgilio took over the lead singing and songwriting role, in a move reminiscent of Genesis's drummer Phil Collins taking over for Peter Gabriel. Their first album, Feel Euphoria, has a harder-rocking and more experimental sound than the Neal Morse-led band, relying on Alan Morse's guitar to a greater extent.


In early 2005, after a long writing and recording process, Spock's Beard released Octane, their second album after the departure of Neal Morse. This was seen by many fans as a return to a more bright and epic sound after the previous songwriting differences in Feel Euphoria.
As posted on their website on November 8: Their ninth studio album was released on 21 November 2006, simply entitled "Spock's Beard" 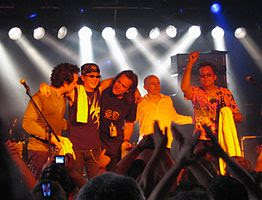 A live DVD as well as CD (of the same material) recorded live in Holland in 2007 were released on 13 June 2008 in Germany, Austria and Switzerland, the remainder of Europe on 16 June, and in North America on 24 June. 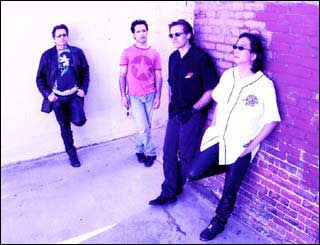 On 23 July 2009, the band's website announced that most of the material for a new album has been written, and that their tenth album is to be released independently rather than through a record label. Adopting an approach similar to that taken by the band Marillion, Spock's Beard have decided to take pre-orders of the CD before entering the recording studio, to support the production costs. The band expects the album to be released first as a limited edition of 5000 CDs to those who pre-ordered the album, and then available on general release a month later.
The band's current album, X, was released in June 2010.


In an interview with Anil Prasad in Guitar Player, SB drummer and lead vocalist and songwriter Nick D'Virgilio says that “From the very beginning, Spock's Beard has been a songwriting-based progressive rock band. [...] In between all the crazy stuff we do, there are always some very memorable melodies that stick in people's heads, and that has helped us cross over into the mainstream a little bit. It's funny—guys sometimes bring their prog-rock-hating girlfriends to our gigs, and our songs will convert them.
Posted by Unknown at 12:03 AM