If someone held a gun to my head, I might, just MIGHT eat these... short of that, NO WAY!

Escamol
Escamoles are the larvae of ants of the genus Liometopum, harvested from the roots of the agave (tequila) or maguey (mezcal) plant in Mexico. In some forms of Mexican cuisine, escamoles are considered a delicacy and are sometimes referred to as "insect caviar". They have a cottage cheese like consistency and taste buttery, yet slightly nutty. 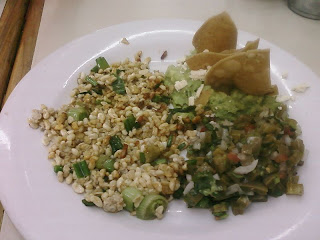 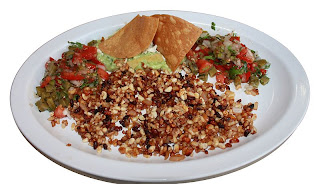 Casu marzu
Casu marzu (also called casu modde, casu cundhídu in Sardinian language, or in Italianformaggio marcio) is a traditional Sardinian sheep milk cheese, notable for being riddled with live insect larvae. It is found mainly in Sardinia, Italy.
This Cheese has been has been deliberately infested by a Piophila casei, the "cheese fly." The result is a maggot-ridden food in an advanced state of decomposition.
Its translucent larvae are able to jump about 6 inches into the air, and the taste is strong enough to burn the tongue.  The larvae themselves pass through the stomach undigested, sometimes surviving long enough to breed in the intestine, where they attempt to bore through the walls, causing vomiting and bloody diarrhea. 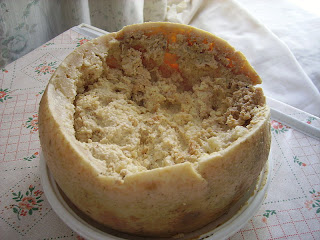 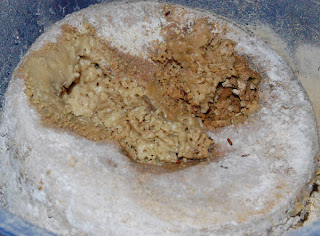 Lutefisk
Lutefisk (Norwegian) or Lutfisk (Swedish) (pronounced [lʉːtəfɪsk] in Southern Norway, [lʉːtfesk] inCentral and Northern Norway, [lʉːtfɪsk] in Sweden and the Swedish-speaking areas in Finland(Finnish: lipeäkala)) is a traditional dish of the Nordic countries and parts of the Midwest United States. It is made from stockfish (air-dried whitefish) or dried/salted whitefish (klippfisk) and lye (lut). Its name literally means "lye fish."
Lye (potassium hydroxide/sodium hydroxide) is a powerful industrial chemical used for cleaning drains, killing plants, de-budding cow horns, powering batteries and manufacturing biodiesel.  Contact with lye can cause chemical burns, permanent scarring, or blindness. 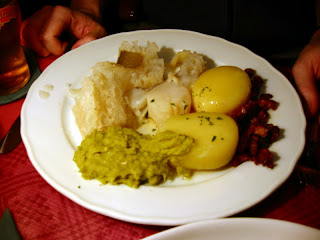 Baby Mice Wine
Baby mice wine is a traditional Chinese and Korean "health tonic," which apparently tastes like gasoline. Little mice, eyes still closed, are plucked from the embrace of their loving mothers and stuffed (while still alive) into a bottle of rice wine. They are then left to ferment and flavor the wine.  Truly sick!

Pacha
Pacha is a terrifying abomination of a meal which heralds from Iraq and consists of you eating boiled sheep’s head. That’s pretty much it. Oh, also, you might get some trotters and stomach thrown in there if you've been good.  The ingredients are all boiled slowly so that a sort of broth (read: distilled liquid nightmare) forms around the head, and whatever other body parts are being boiled. It is then seasoned to taste (most likely with the screams of children) and served with some bread soaking in the broth itself. If the stomach is being served as well, then that would most likely be filled with rice and lamb before being sewn shut to keep all that stomach-flavored goodness inside. 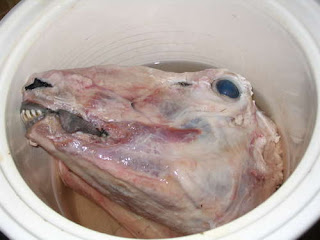 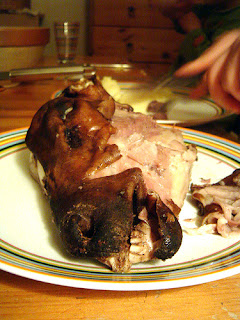 Balut
A balut is a fertilized duck (or chicken) egg with a nearly-developed embryo inside that is boiled and eaten in the shell.
Popularly believed to be an aphrodisiac and considered a high-protein, hearty snack, balut are mostly sold by street vendors in the regions where they are available. It is commonly sold as streetfood in thePhilippines. They are common, everyday food in some other countries in Southeast Asia, such as in Laosand Thailand (where it is called Khai Khao - ไข่ข้าว), Cambodia (Pong tea khon ពងទាកូន in Cambodian), and Vietnam (Trứng vịt lộn or Hột vịt lộn in Vietnamese). They are often served with beer. Balut is also common in China, where it is called haired egg 毛蛋 máodàn. 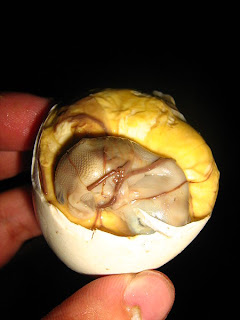 In the Philippines, balut eaters prefer salt and/or a chili and vinegar mixture to season their egg. The eggs are savored for their balance of textures and flavors; the broth surrounding the embryo is sipped from the egg before the shell is peeled, and the yolk and young chick inside can be eaten. All of the contents of the egg may be consumed, although the white may remain uneaten: Depending on the age of the fertilized egg, the white may have an unappetizing cartilaginous toughness. In the Philippines, balut have recently enteredhaute cuisine by being served as appetizers in restaurants: cooked adobo style, fried in omelettes or even used as filling in baked pastries. In Vietnam, balut are eaten with a pinch of salt, lemon juice, plus ground pepper and Vietnamese Coriander leaves (Southern Vietnamese style). 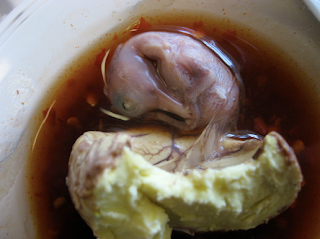 A similar preparation is known in China as Maodan (Chinese: 毛蛋; pinyin: Máo Dàn; literally "feathered egg"), Wangjidan (Chinese: 旺鸡蛋; pinyin: Wàng Jīdàn; literally "flush egg") or Huozhuzi (Chinese: 活珠子;pinyin: Huózhūzi; literally "living bead"). Chinese traders and migrants are said to have brought the idea of eating fertilized duck eggs to the Philippines. However, the knowledge and craft of balut-making has been localized by the balut-makers (magbabalut). Today, balut production has not been mechanized in favor of the traditional production by hand. Although balut are produced throughout the Philippines, balut-makers inPateros are renowned for their careful selection and incubation of the eggs. 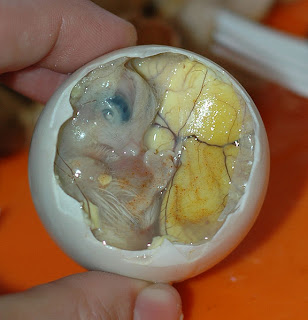 Fertilized duck eggs are kept warm in the sun and stored in baskets to retain warmth. After nine days, the eggs are held to a light to reveal the embryo inside. Approximately eight days later the balut are ready to be cooked, sold, and eaten. Vendors sell cooked balut out of buckets of sand (used to retain warmth) accompanied by small packets of salt. Uncooked balut are rarely sold in Southeast Asia. In the United States, Asian markets occasionally carry uncooked balut eggs. The cooking process is identical to that of hard-boiled chicken eggs, and baluts are eaten while still warm.
Duck eggs that are not properly developed after nine to twelve days are sold as penoy, which look, smell and taste similar to a regular hard-boiled egg. In Filipino cuisine, these are occasionally beaten and fried, similar to scrambled eggs, and served with a vinegar dip.

The age of the egg before it can be cooked is a matter of local preference. In the Philippines, the ideal balut is 17 days old, at which point it is said to be balut sa puti ("wrapped in white"). The chick inside is not old enough to show its beak, feathers or claws and the bones are undeveloped. The Vietnamese often prefer their balut mature from 19 days up to 21 days, when the chick is old enough to be recognizable as a baby duck and has bones that will be firm but tender when cooked. In Cambodia, it is eaten while it is still warm in its shell. It is served with nothing more than a little garnish, which is usually a mixture of lime juice and ground pepper.
Posted by Unknown at 12:07 AM