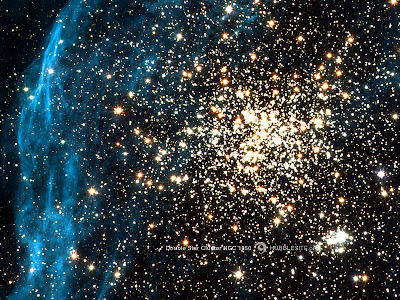 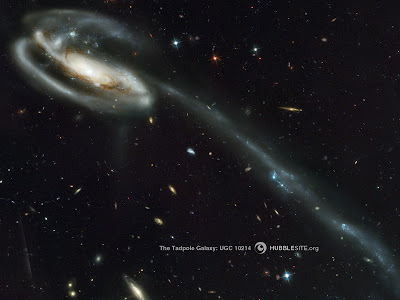 The small, blue galaxy visible in the upper left corner of the Tadpole ripped through the larger spiral galaxy, distorting it and pulling out a long tail of stars, gas and dust. Young blue star clusters, spawned by the collision, are evident in the tail and spiral arms. 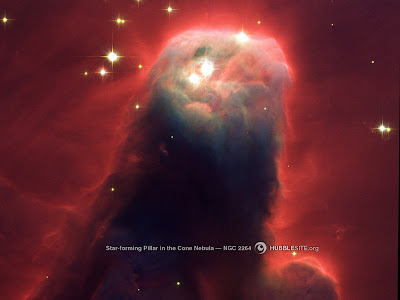 Radiation from hot stars off the top of the picture illuminates and erodes this giant, gaseous pillar. Additional ultraviolet radiation causes the gas to glow, giving the pillar its red halo of light.
Time-lapse of a whole night at the ALMA Array Operations Site (AOS), located at 5000 meters altitude on the Chajnantor plateau, in the II Region of Chile. As the Moon sets at the beginning of the night, three of the first ALMA antennas start tests as part of the ongoing Commissioning and Science Verification process. Because they are pointing at the same target in the sky at any moment, their movements are perfectly synchronized.

As the sky appears to rotate clockwise around the south celestial pole (roughly on the upper left edge of the video), the Milky Way goes down slowly, until it is lying almost horizontal before sunrise. The center of our galaxy becomes visible during the second half of the night as a yellowish bulge crossed by dark lanes in the center of the image, just above the antennas.

The flashes on the ground are the car lights of the guards patrolling at the AOS. ALMA, the Atacama Large Millimeter/submillimeter Array is the largest astronomical project in existence and is a truly global partnership between the scientific communities of East Asia, Europe and North America with Chile. ESO is the European partner in ALMA. 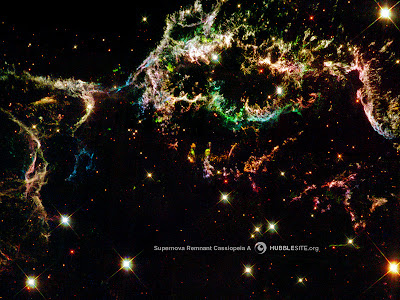 This youngest-known supernova remnant in our galaxy lies 10,000 light years away in the constellation Cassiopeia. The light from this exploding star first reached Earth in the 1600s. 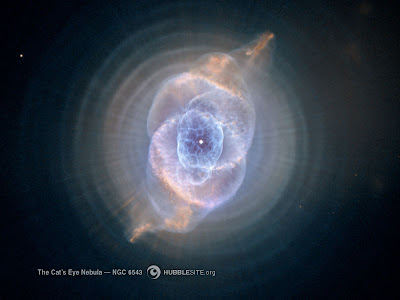 The Cat's Eye Nebula, one of the first planetary nebulae discovered, also has one of the most complex forms known to this kind of nebula. Eleven rings, or shells, of gas make up the Cat's Eye. 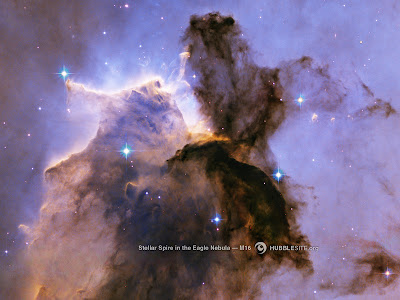 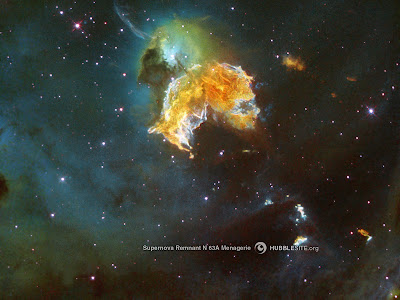 When a massive star exploded, spewing out its gaseous layers into a turbulent, star-forming region of the Large Magellanic Cloud, it left behind this chaotic cloud of gas and dust. The star that produced this supernova remnant was probably 50 times the mass of our Sun. 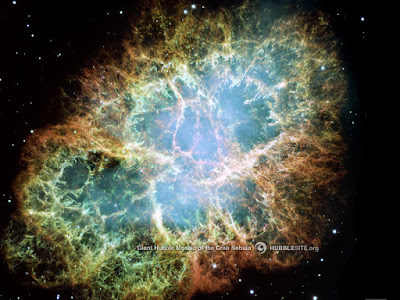 The Crab Nebula is a supernova remnant, all that remains of a tremendous stellar explosion. Observers in China and Japan recorded the supernova nearly 1,000 years ago, in 1054.
If you've never experienced a meteor shower, it's a lot like this footage from the 2001 Leonid Shower 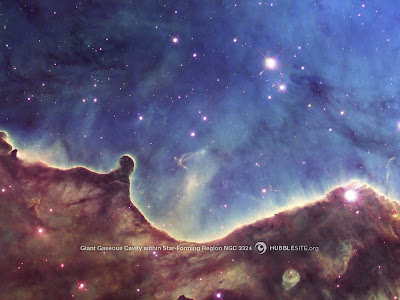 This glowing nebula has been carved out by ultraviolet radiation and stellar winds from several hot, young stars, located well outside this image in the center of the nebula. 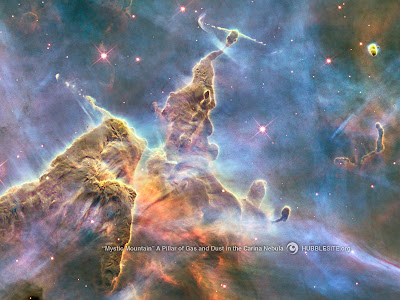 Hubble's 20th anniversary image shows a mountain of dust and gas rising in the Carina Nebula. The top of a three-light-year tall pillar of cool hydrogen is being worn away by the radiation of nearby stars, while stars within the pillar unleash jets of gas that stream from the peaks.
Posted by Unknown at 12:01 AM