The Most Amazing Animal on Earth 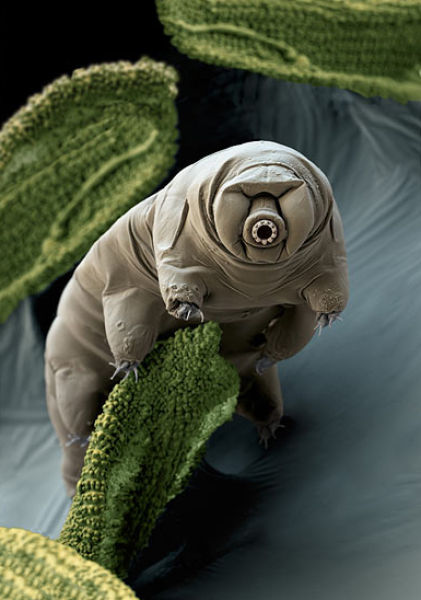 Tardigrades (commonly known as water bears or moss piglets) form the phylum Tardigrada, part of the superphylum Ecdysozoa. They are microscopic, water-dwelling, segmented animals with eight legs. Tardigrades were first described by Johann August Ephraim Goeze in 1773 (kleiner Wasserbär = little water bear). The name Tardigrada means "slow walker" and was given by Lazzaro Spallanzani in 1777. The name water bear comes from the way they walk, reminiscent of a bear's gait. The biggest adults may reach a body length of 1.5 millimetres (0.059 in), the smallest below 0.1 mm. Freshly hatched larvae may be smaller than 0.05 mm.
More than 1,000 species of tardigrades have been described.[citation needed] Tardigrades occur over the entire world, from the highHimalayas (above 6,000 metres (20,000 ft)), to the deep sea (below 4,000 metres (13,000 ft)) and from the polar regions to the equator.
The most convenient place to find tardigrades is on lichens and mosses. Other environments are dunes, beaches, soil, and marine orfreshwater sediments, where they may occur quite frequently (up to 25,000 animals per litre). Tardigrades often can be found by soaking a piece of moss in spring water.
Tardigrades are able to survive in extreme environments that would kill almost any other animal. Some can survive temperatures of −273 °C (−459 °F), close to absolute zero, temperatures as high as 151 °C (304 °F), 1,000 times more radiation than other animals, and almost a decade without water.  In September 2007, tardigrades were taken into low Earth orbit on the FOTON-M3 mission and for 10 days were exposed to the vacuum of space. After they were returned to Earth, it was discovered that many of them survived and laid eggs that hatched normally. 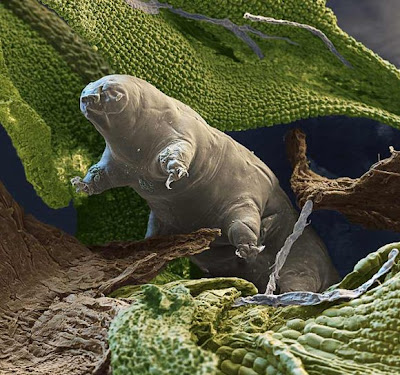 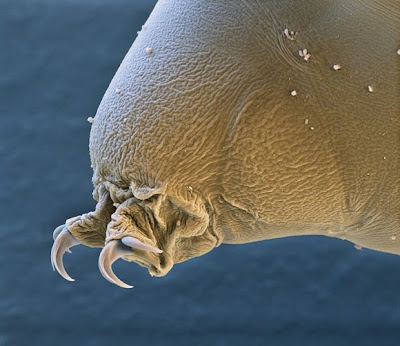 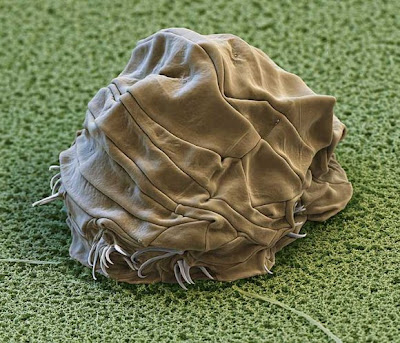 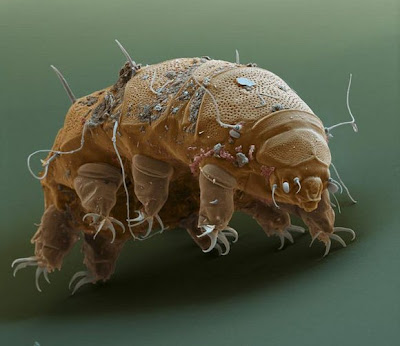 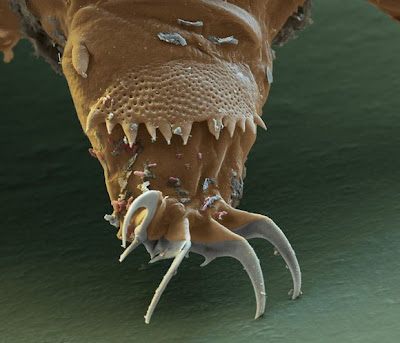 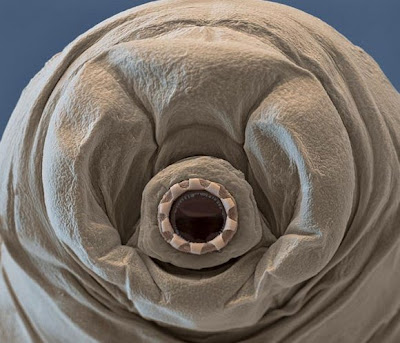 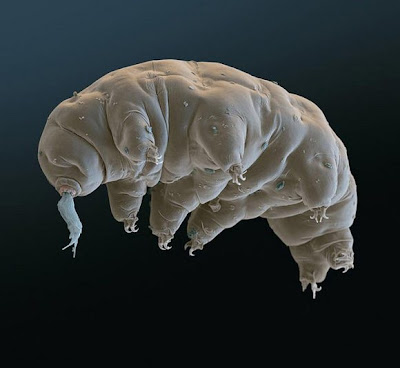