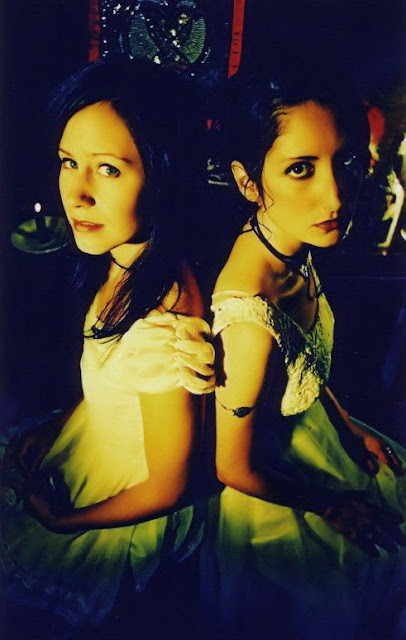 It’s been nearly seven years since celebrated duo Azure Ray released their critically acclaimed albumHold On Love. It’s been a long wait for music fans, but thankfully that wait is about to come to an end. The highly anticipated full-length from Orenda Fink and Maria Taylor is a sublime future classic titledDrawing Down the Moon, set for release on Saddle Creek in September. The record was produced by Eric Bachmann at Echo Mountain Studios in Asheville, North Carolina, mixed by Michael Patterson in Los Angeles, CA and features guest appearances by Andy LeMaster and Liz Durrett. With their three prior full lengths and the November EP the duo drew fans from around the globe with their transcendent songwriting and stunning vocals, Drawing Down the Moon is an even more impressive and beguiling delight. Their undeniable talents lie in balladry so breathtakingly visceral that it soars straight through the ears into the veins until it pumps firmly into the heart.
Drawing Down the Moon opens to drops of harp wrapped loosely in luscious vocals that wind through a fairytale melody; “Wake Up, Sleepyhead” is a perfect introduction to the record, a lullaby to stir the senses. “Signs in the Leaves” is haunting, a devastating tale of giving up someone you love and then longing for them with your entire being: “cause the birds don’t sing,/ and the trees don’t speak to me/ and I don’t see signs in the leaves anymore/ I’m a little worried/ I’m a little worried that I killed something inside of me when I let you go.” If heartbreak has ever sounded more beautiful, we have never heard it. The record closes with “Walking in Circles”, a track which embraces and envelopes the listener. Subtle but striking guitar finds itself laced through pointed, poignant lyrics on time and emotion, “we lament with the passing of time/ hoping we never show it.” Azure Ray are famed for their bitter sweet melancholy and Drawing Down the Moon is a perfect ode to their harmonious musical gifts. Twelve flawless songs worth waiting every second of those seven years for.
Azure Ray - New Resolution from Saddle Creek on Vimeo.
Azure Ray - New Resolution from Hold On Love Directed by Sam Jones


Azure Ray is an American dream pop duo, consisting of musicians Maria Taylor and Orenda Fink. The pair met at the age of 15 at theAlabama School of Fine Arts. They fronted a band called Little Red Rocket, often compared to Veruca Salt, in their hometown of Birmingham, Alabama in the mid and late 1990s and released two albums with the band on Tim/Kerr records.
Azure Ray started in Athens, Georgia, but relocated to Omaha, Nebraska and joined the music scene there. Taylor and Fink are also in another Saddle Creek band called Now It's Overhead, with Andy LeMaster. The two have collaborated with Moby and co-wrote the song, "Great Escape" on the album 18. They have also appeared on numerous Bright Eyes records. Fink also works with Japancakes.
Azure Ray disbanded in 2004, leaving Fink and Taylor to work on solo and other collaborative projects, including working in Now It's Overhead and Maria Taylor's solo recordings. 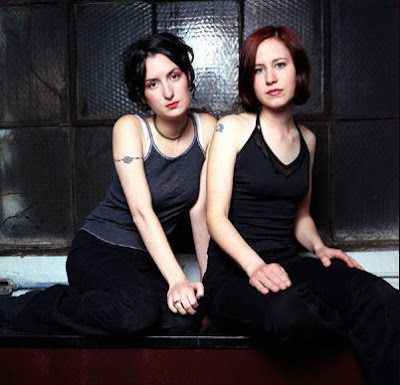