Foods that have been discontinued in my lifetime range from "thick" soft drinks full of strange rubber-like dots to processed potato chips that were FANTASTIC.  There were even some truly great cereals that I really miss.  Here's a list of foods that I was lucky (or unlucky) enough to have actually tasted that are no longer with us.  If you know of any other "dead" food products that you remember, please post them in the comments.

We start off with a drink called Orbitz that was very unique, but must not have sold very well.  If I remember correctly, it was VERY sweet, and kind of expensive at the time.  It was however liked enough to have its own fan page found at http://www.fanpop.com/spots/orbitz-drink.
They came in some odd flavors too. I remember vanilla orange/pineapple, banana, and cherry/coconut. 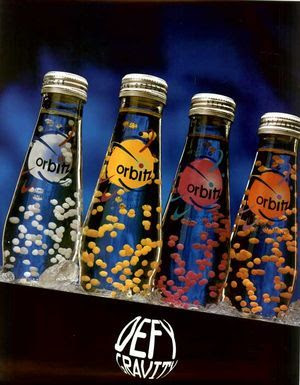 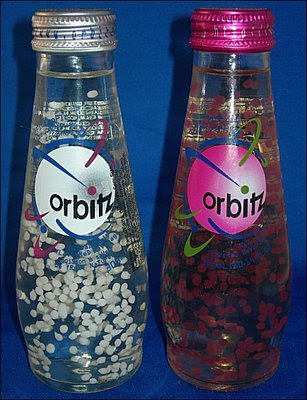 Another item I recall was PDQ.  PDQ was a drink mix to be added to milk.  It was great to just eat too, especially with ice cream.  It wasn't a powder, but pellets.  The flavors were Chocolate, Strawberry, and Egg Nog.  I LOVED the Egg Nog flavored PDQ.
PDQ containers also featured interesting facts about particular subjects like endangered animals, cool cars, or super heroes. I'm not sure who actually made this product. 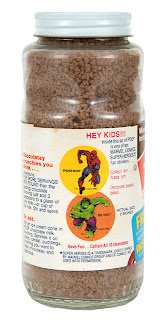 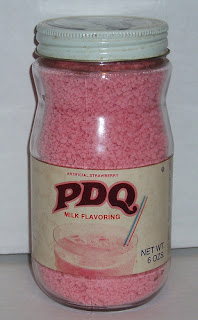 These gems were actually produced by Keebler for a while, but were originally made by Wabash Foods in Bluffton, Indiana.
Here's an old commercial...  I can remember that jingle like it I heard it yesterday!
Next up, Choco-Lite Bars by Nestle.  OMG were these fantastic!  Choco-Lite Bars were a thick, chocolate bar from the mid to late '70s that had air introduced into it when it was formed. It resulted in a "swiss-cheese" effect inside the bar. I guess they thought it should be called "lite" since, because of all the little holes, there wasn't really as much chocolate there as it appeared to be.
Another great candy bar was the Marathon Bar.  A braided bar of chocolate covered caramel, it was a long lasting candy addict's dream.  These were discontinued in the early 80's, but since we're on the subject of candy, I wonder what ever happened to SunSations?  These little sweet-tart shaped candies were FANTASTIC, like a cross between PEZ and Candy Necklace flavors. 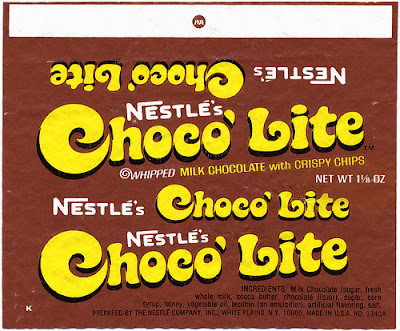 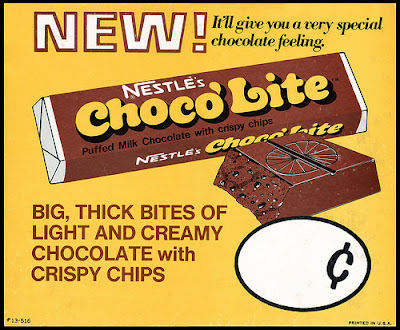 Buc-Wheats!!!!  BRING THEM BACK!!!!
Another great breakfast was provided by Kellogg's Danish Go Rounds  Sort of like a frosted pop tart, these fruit filled pastries had a tube swirled around, making a spiral. They came in different flavors. I remember blueberry, and strawberry. 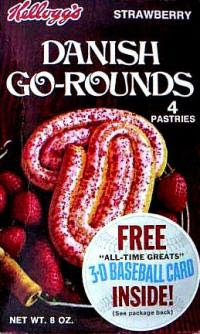 Although I'm now a pescetarian, I used to eat burgers... a lot of them.  None were better than Burger Chef and I must say that if they ever came back, I might be tempted to eat another burger.  Just one, for old times sake. 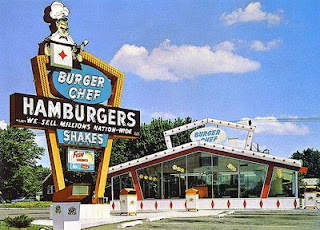 Space Food Sticks
A fudge stick about 6 inches long in a foil wraper which came in several flavors. Became popular during the early space program. I LOVED Space Food Sticks!  I wonder if anyone else remembers these chocolate sticks made at one point by Pillsbury. They weren't as sweet as Tootsie Rolls and were kind of a cross between fudge and cake. When Space Food Sticks were finally discontinued a large part of my youth was changed forever.  This one food item made an impact on the lives of many foodies, so much so that there is even a web site dedicated to them... http://www.spacefoodsticks.com

If you can remember any forgotten foods that you LOVED, and now miss, PLEASE leave a comment about it!
Posted by Unknown at 12:01 AM